It has been a relaxing and nice day. Let me go over the pictures below first. The pig on the right was alive when I took the picture but may be ham and bacon by now. In Cameroon when a man takes a wife, he must pay her family a bride price and the family is the extended family. Part of the price is a pig or goat and Jean Claude says this is a good pig! I pray that the marriage is good as well. On the right are pictures of a gift from a sister by the name of Salome. She came to the hotel this morning around 7 to give them to us. On the inside it says we are so thankful for your visit in Cameroon. Richard and Lori’s say something different. We loaded at 7 on schedule and was off by 7:30. Made excellent time and arrived at the hotel by 11. The traffic in Douala is not nearly as bad on Saturday as a weekday. On the way we passed the Banga Bakundu Church of Christ hall. This is one of the halls that we roofed 4 years ago. I got a good picture of it and may show it tomorrow. I got a bunch of good pictures today. In the bus there were the following signs: No fighting, No vomiting and No smoking. Then on the other side of the bus it says Don’t send your head or hands outside. Lori was wondering if the Don’t send your head or hands outside would create a problem if you had to vomit. Jean Claude said that in that case you were “authorized” to send your head and hands (especially head) outside! It irritates me at times that I cannot remember things to tell you. I will be somewhere during the day and think that I need to put something in the blog but by the time I write; the thought has taken wings. Well, I finally remembered something really cool from Thursday. I was speaking with Denis Asikpo who preaches for the church in Matoh. We worked with them this past June and we had 12 baptisms. He told me that all 12 are faithful and growing in their faith! That is certainly not the norm in Cameroon, Ghana, America or any other place I am aware of. Another thought; we were amazed at the speed of the internet connection at the hotel in Kumba. I have no idea what it was but it was far, far faster than the hotel in Douala and even faster than my 3G modem! On the way from Kumba we only made 2 stops; one was to buy some bananas from a roadside seller and the other was in Douala where Martin picked Jean Claude’s stuff to take it to his house. On the way to the hotel Martin flew by us because he was on a machine and we were in a van. He was waiting for us at the hotel when we arrived. We put our stuff up and took a taxi to a nice grocery store to buy stuff for the next week. Things such as Pringles, Water, Coke Zeros, canned corn, cheese and most importantly; Milky Way Candy Bars. No Mars Bars or Snickers but I will somehow manage. We then took a taxi (I hate taxis) because I will not put Lori on a machine with someone she does not know. If I am on a machine and the driver takes a wrong turn I know how to direct him. Another thing; a sister from Lori’s congregation made book marks for all the sisters. They appreciate anything and everything they receive. I realize I am all over the map in this HOWDY but my mind is in a ramblin mode. I just found out that ramblin is not a word but it should be. Kind of like the word fixin. It does not show up as a non-word because I added it to my dictionary and I think I will do the same with ramblin. We went to our favorite restaurant and we all enjoyed our food. We then came back to the hotel and I began to unpack which took me awhile. I really like the idea that I will be here for 12 days as the Feb trip is nice regarding travel. Richard and Lori had no hangars so I took a machine to get them some. The main reason I went was so I could ride a machine and it was marvelous. A car thought it had the right of way but my driver showed that guy who was in charge! I have prepared my lessons for tomorrow. I will speak at Mambanda while Richard will speak at Dakar. Lori will go to Jean Claude’s church and teach the kids. We went down at 7 to have a coke and I have showered and will see if I can Skype Linda. Tonight, our church is having the annual Valentine Banquet and Linda is taking our 9-year-old grandson, KB, as her date. We have not been together on Valentine’s Day since 1988 when I made my first trip to Ghana. Since then I have been in Africa each and every February. I cannot thank my sweet wife for being so supportive and sacrificial. Richard, Lori and I went down and had a coke and a nice visit. It is time to prepare for tomorrow. Please continue to keep us in prayer. 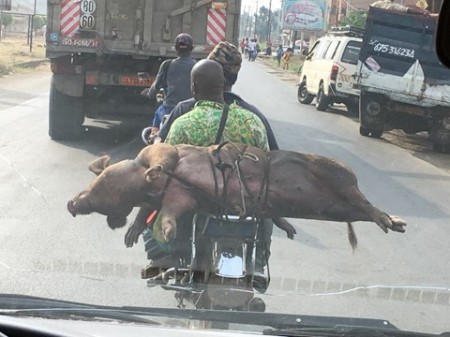 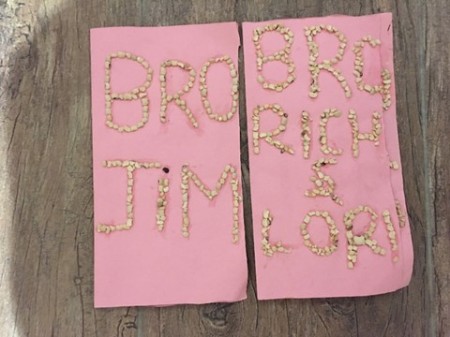 This entry was posted on Saturday, February 10th, 2018 at 1:35 pm and is filed under Uncategorized. You can follow any responses to this entry through the RSS 2.0 feed. You can leave a response, or trackback from your own site.