For the past several years, the attendance at the seminar has climbed. It was inevitable, I guess, that sooner or later it had to drop and it appears this will be the year. There is little reason to believe there will be a significant increase over the next couple of days. Typically, Wednesday and Thursday are the highest attended days. Today the men were 108 against 135 last year; the women were 61 against 85 last year and the afternoon class was 123 against 156 in 2015. As stated yesterday, the success of a seminar is not determined by numbers nor by what happens this week. The prayer is that the brethren return and share the material with the saints.

Day begin at 7 and had a great night’s rest. The electricity was on and while it was not cold, it was most assuredly comfortable. Jean Claude came down for a couple of things and we left for the hall at 8:30. Good day until the end as I had to ride in a stupid taxi on the way home. Oh well, we all have to suffer in various ways. Ricardo had a really good class and the men are enjoying it. Lucy and Mary both are very happy with their class as well. Today I felt a bit better about my class and I think the men like it. At lunch I had two meetings with 5 of the village preachers we support. The outlay of funds is modest as they work with these churches on the weekends. These men really encourage me because they work hard and oftentimes the travel to where they are going is quite hard. Below on the left you will see Jerry who preaches in Pete Bakundu – Solomon who works with the church in Small Ekombe and coordinates for me – Jacob who preaches in Bai Manya where I was Sunday. If you could sit and listen to them, you would be inspired by their faith. I then hopped a machine and came back to the hotel. Ate some good stuff out of a can and quickly went over my class. Ricardo and I had no trouble finding machines back. To give you an idea of what the weather is like; picture Dallas in July and you are in a building with no A/C. The air can be very heavy and I keep a handkerchief at the podium and wear that thing out! Afterwards I took a picture of Denis (only one “N”) and his wife Patience. This guy is one of the hardest working brothers I know. He is a farmer but also spearheads the work in Matoh. This is a true village which is home to the 2nd or 3rd largest congregation in the country and he is the main driver As mentioned above, we took a taxi back to the hotel. Ricardo, Lucy and I rode in the back. I got in first and Ricardo told me to “shift” which means; move over. The back seat was full but as I have told you in the past; if we were moving out of Kumba to the West there would be 4 in front and 4 in back. We had a marvelous supper and I then came back to the room. For the past 2 hours the “power” has been playing games with my mind. The juice has gone out 7 or 8 times in that time. Then we found out that the generator was not working either so the room was dark, on and off. Presently the electricity is working and I know that because the lights are not all that bright and the A/C is not blowing well. I am debating on whether or not to take a shower as I know there is a good possibility that things will go dark while I am in there. In Kumba you know where your torch (flashlight) is at all times. I thought to myself earlier; only those of you who have been here can really picture what I am writing. I received a lot of letters today asking for help in various ways so I need to read and reply to them. I will Skype Linda in about 90 minutes or so. We are all doing well and think you for your continued prayers. 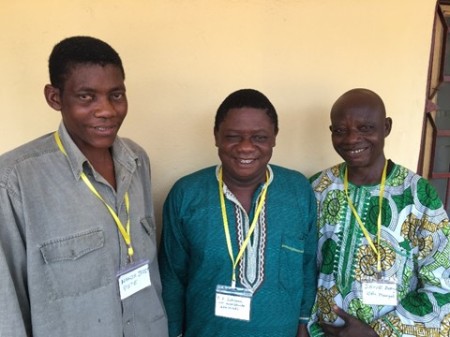 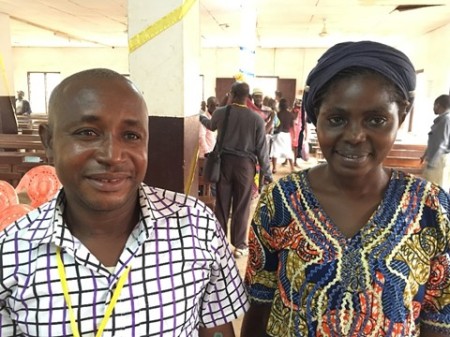 This entry was posted on Tuesday, February 9th, 2016 at 2:44 pm and is filed under Uncategorized. You can follow any responses to this entry through the RSS 2.0 feed. You can leave a response, or trackback from your own site.